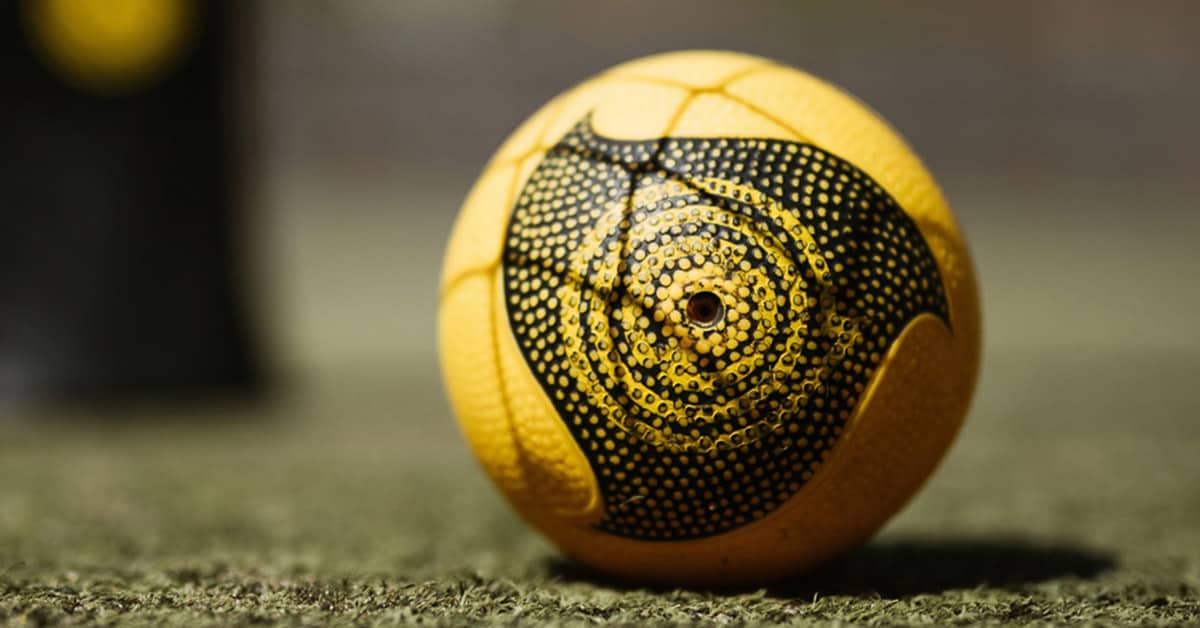 Spike all, also called Roundnet, is a type of game that offers tons of amazing benefits. The game, which requires two teams with two players each, uses the concept of Volleyball and Four Square to deliver a lot of workouts and fun to its players. Furthermore, Spikeball only requires two pieces of equipment; the ball and the net.

According to the official rules, a Spikeball ball needs to be 85% inflated. When it comes to playing the Spikeball game, the ball is one of the most important factors to consider. The quality and firmness of your ball play a pivotal role in how well you get to enjoy playing the game.

In the rest of this post, you’ll find out everything you need to know about how to set up your ball for the Spikeball game. So, without further ado, let’s get straight down to business.

How big should a Spikeball ball be?

In the game of Spikeball, two pieces of equipment are needed, a ball and a net. The Spikeball net, usually placed on the ground in between the opposing teams, is what determines how a point will be awarded. On the other hand, the most important part of the game is the actual Spikeball ball.

Without a ball, there’s no Spikeball, even if there’s one and it’s not up to standard, you will most likely not enjoy the game.

The Spikeball Rookie Kit is the best option for you if you’re a beginner or a younger Spikeball player. It usually comes with the dimensions 24.5″ X 7.5″ X 8″ and weighs about 5.5 pounds. Moreover, the Spikeball XL kit is also designed for beginners and younger players, especially those playing the “3 vs. 3” game. Interestingly, the XL kit usually comes with the same dimensions and weight as the Rookie kit.

Furthermore, according to the official Spikeball website, the Spikeball Pro kit is specifically designed for SRA tournaments. It usually comes with the dimensions 9″ x 6″ x 23″ and weighs approximately 5 pounds in the packaging.

On the other hand, the Standard kit is for players looking to have fun on the beach. The kit often weighs 3.5 pounds and comes with dimensions of 9″ X 4.5″ X 23″.

How hard should a Spikeball ball be?

As earlier mentioned, the official recommendation on the Spikeball website is that the ball only needs to be 85 percent inflated. That is the exact ball firmness you’ll get when you order any of the available Spikeball kits.

However, when you get your ball out of the box with an 85 percent inflated level, the official website further says you can always add more air to the ball if you feel there’s a need for that. However, while doing that, you may want to be careful so you don’t end up getting a harder ball that delivers more bounces than you can control. If that happens, you’ll find it hard to enjoy the Spikeball game.

So, the bottom line is that your Spikeball ball is hard enough if you just got it out of the box. At this point, it’s said that the ball is approximately 85% inflated. If after playing the ball for a while, you notice it’s not bouncing well again, you can always add more air to it up to 85% or a little bit more. Avoid having the fully inflated as the move could make you struggle to control the ball.

Is it hard to play Spikeball with a deflated ball?

By saying “deflated ball”, does it mean that the Spikeball ball is fully deflated or slightly deflated?

For a slightly deflated Spikeball ball, it means the ball is not firm enough (possibly below the recommended 85% level) to produce the desired bounces. In this case, it also means the ball has less mass and can decelerate faster during point serves. If this happens, players will only have lesser ball bounces, which is not good for the game.

On the other hand, a fully deflated Spikeball ball has very little or no air in it. In this case, it’ll become pretty difficult to achieve any ball bounce, which is needed to keep the game going.

You can always play Spikeball using a slightly deflated ball. However, this will only be true if you can achieve ball bounces when the ball is served against the round net.